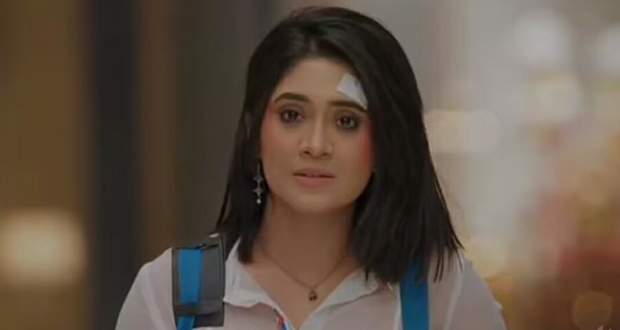 Today's Yeh Rishta Kya Kehlata Hai (YRKKH) 5 March 2021 episode starts with Maudi telling Kartik that she can’t come to his house but Kartik and Kairav can stay with her for some more time.

Kartik holds Sirat’s hand and says ‘I love you’ while Sirat stands shocked.

Then Kartik takes Naira’s name and Sirat walks out from the room.

After a while, Kartik asks Maudi about Sirat and Mukesh.

Maudi reveals to Kartik that Mukesh is Sirat’s step-father and she tells about Sirat’s struggles in her life.

Kartik feels bad for Sirat and he calls Suwarna to thank her for being a good mother.

On the other hand, Riya talks with Surekha and asks her to do something to call back Kartik.

So Surekha tries to talk with Suwarna to call back Kartik but her plan does not work.

Ahead, Sirat shows Kairav her childhood pictures and achievements while Kairav sits confused.

Sirat thinks by this way she can convince Kairav that she is not his mother.

Afterward, Kartik calls Manish but he avoids his calls.

So Akhilesh talks with Surwarna and asks her to call back Kartik so that Manish can reunite with Kartik.

But Kartik refuses to come back home until Kairav is convinced Sirat is not his mother.