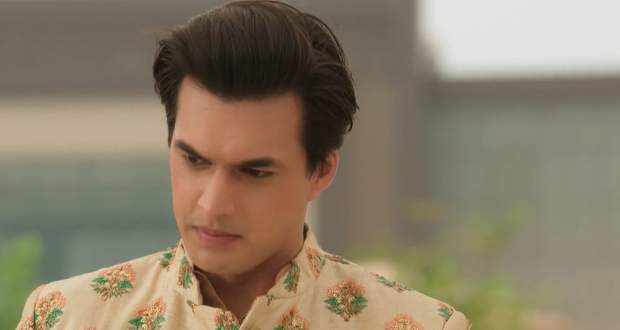 Today's Yeh Rishta Kya Kehlata Hai (YRKKH) 5 May 2021 episode starts with Kartik asking Sirat to meet Ranvir and uncover his side of the story.

Sirat gets furious and sternly refuses to meet Ranvir. She further tells Kartik that now her only motive in life is him, Kairav, and her dream.

Further, Kartik explains to the family members that they should not get bothered about Sirat's past.

Later, Kairav comes rushing telling everyone that Sirat is missing which makes the family members doubtful about Sirat.

Meanwhile, Sirat reaches the hospital to talk to Ranvir but the doctor says that he has left already with his friend which makes Sirat angry with Ranvir again.

At the same time, Ranvir decides to meet Sirat and goes back to the hotel saying to himself that Sirat can't be someone else's bride.

On the other hand, Ranvir's sister makes a shocking revelation to Kartik about Ranvir and Sirat's marriage.

Nidhi tells Kartik that Ranvir risked his life to save Sirat from the gunshot.