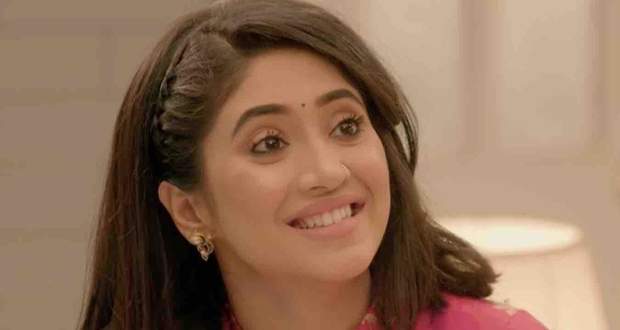 Sirat tells Kartik that she wants to talk about something important to him.

Further, Riya brings Sheela and Sonu to Goenka's mansion. Sirat gets angry with Riya and asks her why she brought her home.

Riya tells a fake story about Mukesh and Sheela supports her by acting sob. Sirat says that she is sure Sheela is acting fake and they should not believe in her.

Later, Sheela acts of falling unconscious, and when nobody is around Riya asks her to tell her the truth about Sirat's past.

Sheela says she won't tell her now as she wants to spend a good time in the house.

Meanwhile, Manish asks Riya why has she brought Sheela home. Riya tells him that she is the one who will tell her about Sirat's past.

Sheela overhears Manish and Riya's conversation and says to herself that she won't tell her anything until she wants to.

Further, Sirat texts her friends to verify whether Sheela is telling truth or not.

Kartik takes Akshu to Sirat to change her mood. Kartik, Sirat, and Akshu spend a good time together.

Upcoming YRKKH episode (tomorrow) update: Sirat comes out of the bathroom and sees Akshu is missing.