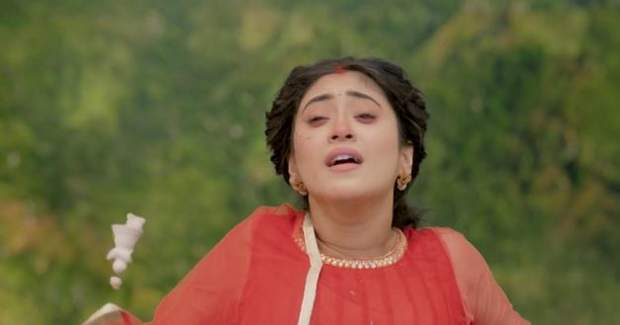 She asks Kartik to promise her to take care of their children in her absence. Kartik consoles Naira and says that they can’t be separated.

Back in reality, Naira is frightened and Kartik gives her hope.

Meanwhile, Akhilesh helps Luv Kush in holding on to the rope to stop the bus from slipping from the cliff.

Naira asks Kartik to jump-off from the bus as the time is very little. Kartik stays adamant and stays with her.

Naira gives her and Kairav’s swear to Kartik and asks him to get down before the bus falls down.

Kartik finally decides to go down from the bus. Everyone is worried about Naira as she is left alone on the bus.

Naira’s situation gets critical. Kartik comes inside the bus and asks Naira to lend him her hand.

In the end, Kartik rescues Naira and the bus falls into the cliff. As soon as they come out, Kairav runs towards Naira and suddenly she observes cracks on the cliff.

Naira immediately saves Kartik and falls from the cliff. The Goenkas remain helpless.