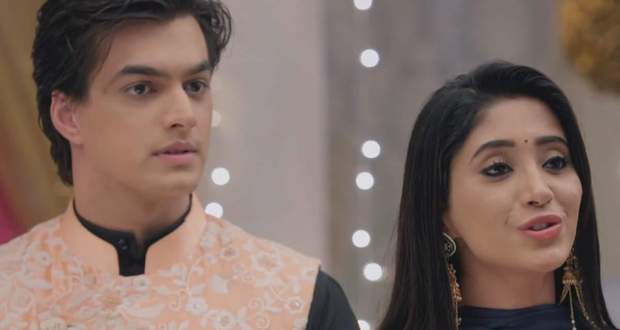 Meanwhile, Kairav gets shocked to see Sirat's childhood photos as they are not matching with Naira's photos.

Further, Kairav tells Sirat that she is pretending to be Sirat because she is a spy.

Sirat tries to make Kairav understand that she is not his mother Naira but he disagrees with her words.

On the other hand, Mukesh gets worried about who is Kartik and why is he helping Sirat.

After a while, Sirat notices that the nameplate of the house is missing while Maudi tells her that it must have been removed by Mukesh.

Sirat gets emotional as it’s the only memory she had of her father and rushes to Mukesh.

Sirat goes to Mukesh’s house and sees him keeping his leg on the nameplate.

Sirat gets into a rage and shouts at Mukesh while Mukesh tells Sirat to challenge him in kabaddi to get back her nameplate.

But Sirat hesitates to play the game while Kartik comes and challenges Mukesh to play kabaddi with him.

Further, Kartik announces that the award for the winner would be the nameplate.

Mukesh accepts his challenge and promises to play a fair game.

Upcoming YRKKH (यह रिश्ता क्या कहलाता है) episode update: Manish will yell at Kartik and will tell him that their relationship is over.