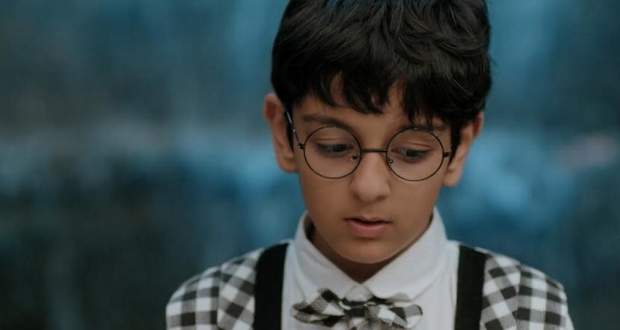 Today's Yeh Rishta Kya Kehlata Hai 7 December 2020 episode starts with Kairav finding Akshara and going to her but the Aunty stops him.

Kairav gets closer to the baby but gets disappointed when sees that it is not Akshara.

Kairav remembers Kartik's words and realized that he misses Akshara.

Meanwhile, Kartik and Naira watch him from afar and they feel sad seeing Kairav disappointed.

Luv-Kush state that the Goenka family should not have let Kartik-Naira leave the house when Surekha and Gayu entered.

Surekha tells them that she made their favourite dish while they question her and Gayu as to why they were sitting separately from the family.

Kairav falls and imagines Naira helping him but in reality it is Kartik.

Later, he gives Kairav a gift and tells him that Akshara and Naira sent this for him.

Kairav feels happy seeing the gift and is about to call Naira but remembers Naira scolding him and decides against it.

In the morning, Kartik-Naira's are riding bicycles while Naira tells him that she's happy as Kairav accepted her gift.

They remember decorating Kairav's room with drawing supplies and wonder if their plan will work or not.

A man shouts for Riddhima but she doesn't hear him and goes on her way.

Naira calls Kartik and asks if their plan worked or not.

Kartik informs her that Riddhima removed the painting with the advice to not rush things.

They talk with Riddhima and she firmly advises them to not rush into it and to trust her.

They convince her and she gives a story from the storybook 'the colours of home' to Kairav.

She gives Kairav paints and a brush and asks him if he would like to draw.

© Copyright tellybest.com, 2020, 2021. All Rights Reserved. Unauthorized use and/or duplication of any material from tellybest.com without written permission is strictly prohibited.
Cached Saved on: Friday 19th of February 2021 09:17:47 AMCached Disp on: Monday 1st of March 2021 12:25:25 AM