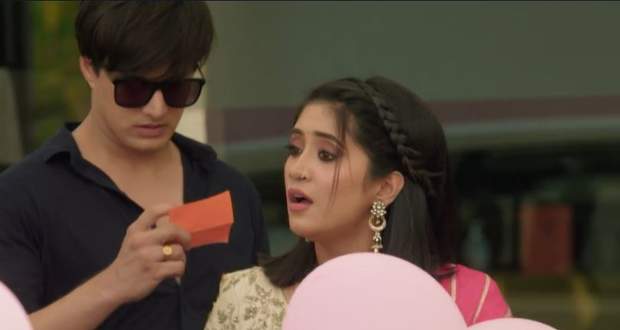 Today's Yeh Rishta Kya Kehlata Hai (YRKKH) 7 May 2021 episode starts with Sirat telling Kartik that they both have taken each other's responsibility and now she will complete all her duties with integrity.

In the twist of events, Sirat remembers Ranvir's accident as she witnesses another accident.

Sirat gets lost in Ranvir's thoughts and finds a handmade telephone diary that Ranvir gifted her.

She throws it away but Kartik gets it and then he realised that it's important for Sirat to meet Ranvir.

Meanwhile, Kartik discovers that Ranvir damaged his car and so he goes to the police station to release him.

Later, Ranvir gifts Kartik a car and places an apology letter in it.

Swarna gets Sirat ready to send her along with Kartik to visit the ashram.

Meanwhile, Manish interrogates Kartik about who damaged his car which makes Kartik unanswerable to his questions and he tells him to forget that issue.

Further, Kartik calls Ranvir and asks him to meet.

Finally, Kartik takes Sirat to Ranvir's godown, and both encounter each other.