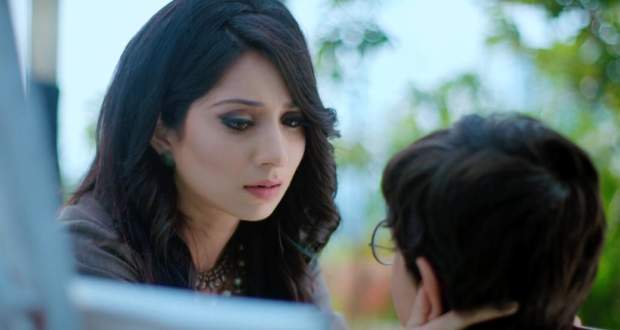 Kartik-Naira feels happy to see Kairav's progressing and feels grateful to Riddhima for helping them.

Riddhima gets surprised to witness a birthmark on Kairav's neck, exactly the same as hers. She gets emotional and questions him about the birthmark.

Further, Naira sends cupcakes to Kartik in a basket, while Kartik gives the cupcakes to Kairav and tells him that Aai sent those for him.

Riddhima walks in the middle of the road and questions herself the possibility of her and Kairav having so many similarities. Meanwhile, Naira finds a picture of Kartik-Kairav and gets happy to see them dressed up together.

Riddhima comes to Kartik's house and requests him to let her take Kairav to an art fair. Elsewhere, Luv-Kush question Krish about the incident with Vansh while Gayu comes there and scolds them.

Naira tries to call Riddhima to not let Kairav eat anything and to bring him back before lunch, but Riddhima fails in picking Naira's call.

Naira asks Kartik to meet her, while they both get stuck in the elevator. The security guard calls everyone to help him in getting the stuck people out of the elevator.

On the other hand, Kartik starts flirting with Naira in the elevator.

Upcoming YRKKH episode update: Naira and Riddhima to get into a fight.