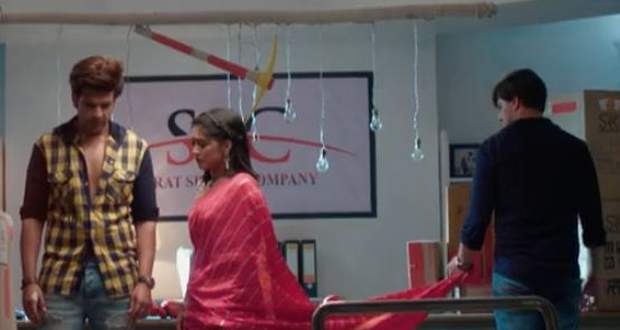 Later, in anger, Sirat holds Ranvir's shirt vigorously and it tears up.

Sirat sees the gunshot mark on Ranvir's chest and questions him.

Further, Kartik interrupts in between and tells Sirat that Ranvir took the gunshot on him and saved her life the day when they both were going to get married.

Sirat gets shocked knowing this and she demands an explanation from Ranvir about what happened that day and why didn't he meet her.

At the same time, Kartik faces a dilemma that how will he explain things to Kairav.

Later, Manish calls Kartik but Kairav insists Kartik that he wants to talk to Sirat.

On the other hand, Sirat and Ranvir share sweet moments together after a long time.

Ranvir questions Sirat that whether she will leave him for Kartik's family which makes Sirat confused.

Later, Chandan calls Kartik and tells him that Sirat and Ranvir's life is in danger.