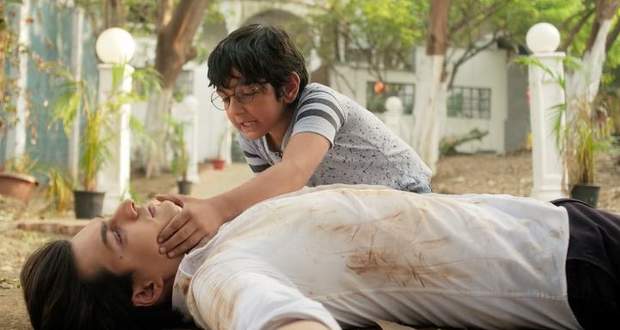 The next morning, Kartik wakes up and decides to go near the cliff to find Naira. At the same time, the police call Manish and inform him that they have found a dead body down the cliff which scares everyone.

Kartik listens to the conversation on the phone call. He asks his family that he will go and confirms the dead body is not of Naira.

Further, they reach the hospital and Kartik walks forward to see the dead body. As soon as he takes off the blanket to see the face of the dead body, he rushes out of the morgue room with Naira's bracelet in his hand.

Manish shouts out in grief when it is confirmed that Naira is no more. Meanwhile, Kartik runs out of the hospital, and Manish along with Luv Kush follow him.

At Goenkas' home, Swarna calls Manish to ask about the dead body identification. While Manish is speaking to Luv Kush, Swarna misunderstands Manish and she informs the Goenkas that the dead body is not Naira's.

At the same time, Kairav desperately waits for Kartik to come home along with Naira while Kartik runs home and he falls there.

When Kairav is asking Kartik about Naira, Kartik goes into trauma and can't respond to Kairav.

Upcoming YRKKH episode update: Kartik imagines Naira speaking to him while he decides to jump from the cliff.