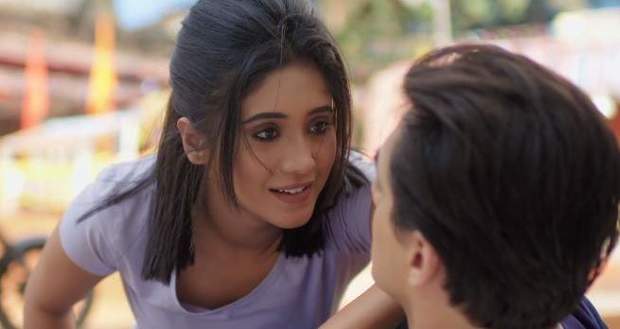 Kartik gets better in his game but still lags behind the professional team of Mukesh. Meanwhile, Sureksha is surprised by the absence of Akhilesh, Luv, and Kush from the house.

Kartik and Sirat get into a fight while Kartik is going to take a bath. Later, Maudi and Sirat get worried as there is no food at home.

Kartik overhears this and acts of wanting to eat Dal Baati. He involves Kairav in his act as well and takes Sirat and Maudi along.

Meanwhile, Gayu wishes to go meet Naira while the Goenka family stops her from going. They make excuses while Gayu agrees to wait for Naira.

Maudi feels thankful to Kartik while Sirat gives money to him. She has sold few things to keep her dignity alive.

Mukesh Rathore goes to the ground and spreads nails on Kartik and Sirat’s side. Later, in the morning, Kartik steps on the ground and gets injured because of a nail.

They learn about Mukesh’s game plan and also that the restaurant people will not help them because of Mukesh.

Mukesh mocks them while at the same time, Akhilesh comes along with Luv-Kush and other boys to play on Kartik’s side.

© Copyright tellybest.com, 2020, 2021. All Rights Reserved. Unauthorized use and/or duplication of any material from tellybest.com without written permission is strictly prohibited.
Cached Saved on: Tuesday 8th of June 2021 04:49:22 AMCached Disp on: Wednesday 16th of June 2021 01:15:30 AM