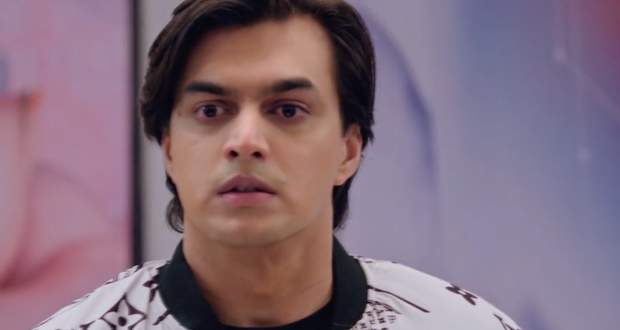 The road is closed and Manish asks Naira to take the GP road. Naira is unsure but Manish wants her to take the road. She takes the road and later avoids Kartik’s call.

Naira is asked to wait as the street towards GP road is also blocked. A girl comes with some clips and asks her to buy them. She builds various stories which remind Naira of herself.

Naira buys the clips but her purse falls out of the car. The girl finds the purse and is awestruck to see so much money. Elsewhere, Kartik prepares a gift for Naira’s 10th Teej.

The girl continues to follow Naira’s car to return the purse and later falls in front of Naira’s car. Naira is not able to make balance because of mud on the windshield and meets with an accident.

Kartik and other family members reach the hospital to find Manish critically injured. Kartik learns that Naira took the GP road even after his instructions.

Naira can sense that Kartik is upset with her and later the doctor says Manish is out of danger. He further wants them to observe his behavior for any change.

Manish gains consciousness and asks Kartik about his identity. Later, he reveals he was just joking and is fine. Naira apologizes to Manish for taking him through that road while Kartik doesn’t want him to talk much.