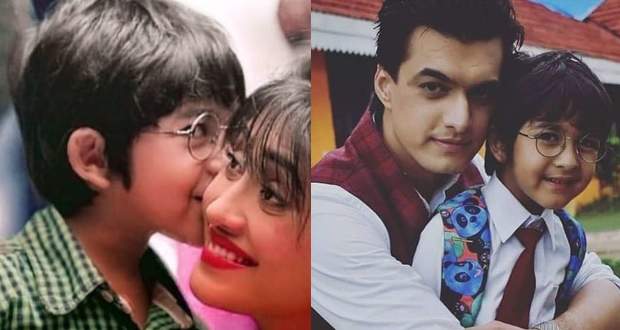 Today's YRKKH 10 Jul episode starts with the thunderstorm night. Naira gets a flashback of her beautiful moments spent with Kartik.

At the same time, Kartik comes to her place and asks for help. He requests her to let him take shelter in her house until the weather improves.

Kartik sees Naira's reflection in the mirror but he thinks that he is hallucinating. He apologizes to Naira by saying that he does not have any wrong intentions related to Kairav rather it's just that he can't stop himself from meeting Kairav.

Suhasini worries about Kartik as he refused to marry Vedika.  Meanwhile, Akhilesh decides to find Naira's truth himself without letting know anyone else.

Kartik leaves his handkerchief at Naira's place. Naira gets emotional after looking at it and thinks that destiny does not want them to reunite.

The next morning, Kartik reaches Udaipur where his family asks about his Goa trip. Later, Goenkas find unconscious Suhasini in her room.

Naira plans to take Kairav to a picnic the next day.

© Copyright tellybest.com, 2018 & 2019. All Rights Reserved. Unauthorized use and/or duplication of this material without written permission from tellybest.com is strictly prohibited.
Cached Saved on: Thursday 30th of January 2020 07:28:44 PMCached Disp on: Tuesday 18th of February 2020 02:48:41 AM