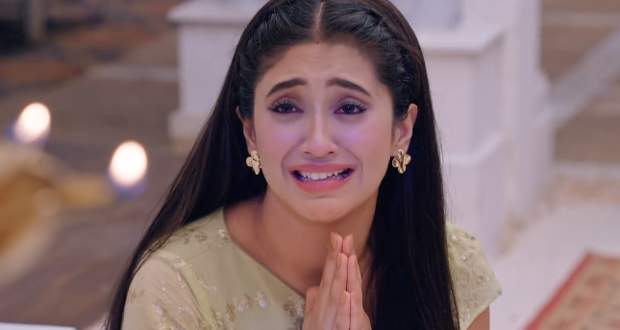 Today's YRKKH 11 Aug episode starts with Naira trying to talk to Kartik. Kartik avoids her while Naira feels guilty for taking GP road. Suvarna asks Naira to not make the mistake of blaming herself.

Devyani comes at the same time to give gifts for Naira and Gayu. She also wishes to meet Manish while Naira is still upset that Kartik is mad at her. Meanwhile, Kartik is worried about Naira as well and orders her medicines.

Naksh consoles Naira while Kartik feels weak to see Manish in such a bad condition. Later, Kartik puts ointment on Naira’s arm and asks her to sleep.

Kartik and Naira stay awake all night while Naira leaves bed at 4 am for Teej rituals. All the women in the house get ready and Suhasini makes food for everyone.

Kartik says he has also kept the fast while they both feed each other food. Later, Kartik comes on the dining table while Samarth and Akhilesh also join them.

Manish comes at the same time and everyone gets worried about his health. He wishes to eat with them while Kartik observes his behavior. Later, Kartik talks to the doctor about Manish’s reports and feels his behavior is normal.

They ask Manish to leave the newspaper while he continues to stare ad of toy cars.

© Copyright tellybest.com, 2018 & 2019 & 2020. All Rights Reserved. Unauthorized use and/or duplication of this material without written permission from tellybest.com is strictly prohibited.
Cached Saved on: Tuesday 22nd of September 2020 04:18:16 PM