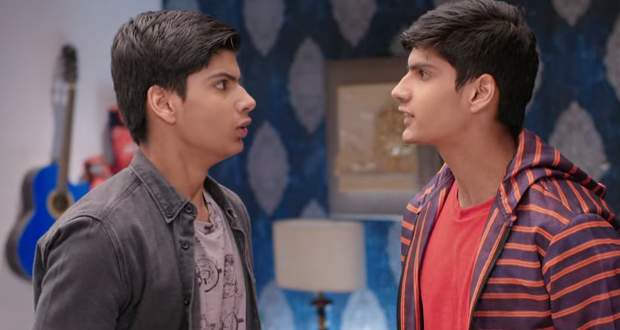 Today's YRKKH 12 Feb episode starts with Naira revealing that Luv and Kush have molested Trisha. Surekha interrupts them and defends her sons.

Naira is asked for proof while Akhilesh believes her. She reveals that Luv and Kush’s college has not started and they are still leaving the house.

Surekha saves Luv and Kush by stating that Kartik used to bunk classes all the time. Naira reveals that Trisha’s dupatta was also snatched by Luv and Kush.

They also changed the scripts and they were present in the academy that night. Surekha asks for proof while Naira says Trisha has also suggested the same.

Luv and Kush state that Naira is lying and that they have not done anything. Luv blames Naira for manipulating Kartik and the act of being hurt.

They decide to ask Trisha while she gets scared and gets unconscious. Later, Naira states that she would have taken anyone else to the police station.

Naira and Kartik argue over who is right and wrong. Later, the nurse tells Naira that Trisha tried to talk. Trisha thanks Naira and asks for Luv and Kush. Trisha reveals that she was molested by Luv, Kush, and Abhishek.

Upcoming YRKKH episode update: Kartik beats Luv and Kush and later locks them in a room.