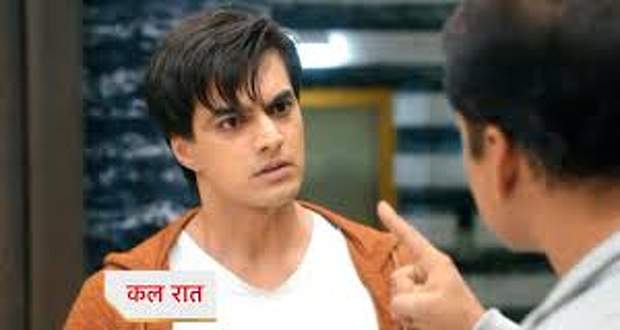 Manish tries to make Kartik understand that he needs to move on because Naira is dead and pleads in front of him to get married to Vedika.

Whereas perplexed Akhilesh does not understand what to do? Meanwhile, Naira decides to visit Udaipur with Kairav.

Kartik hallucinates Naira in a devastated state and asks why she left him? He says that if she would have been present, then such kind of problems would never have happened.

Kairav mistakenly ruins their ticket to Udaipur. Kairav gets upset, but Naira consoles him.

The doctor informs Goenkas that surgery is the only option to save Suhasini, but it is also risky due to Suhasini's age.

Kartik asks the doctor to do the surgery as soon as possible. Vedika motivates everyone that they all should pray to God.

Vedika consoles Manish and Kartik that Suhasini will be fine. Later on, Kaveri visits the hospital to see Suhasini.

Upcoming YRKKH episode update: The doctor informs that Suhasini is responding to the treatment. Kartik asks Vedika to marry him.