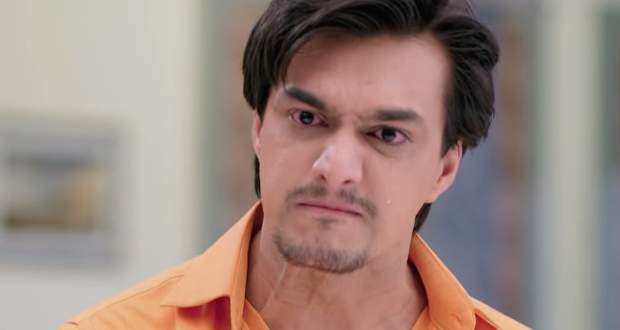 Today's YRKKH 13 Feb episode starts with Kartik calling for Luv and Kush in anger. He finds them sitting under the table and starts hitting them with a wooden stick.

Surekha tries to save her sons but Akhilesh stops her. Kartik accuses them of trying to kill Trisha as well in the hospital. Luv and Kush ask Naira to save them.

Naira wants them to realize how they will fail if the daughters of their family are molested. Kartik also accuses them of not having good morals.

Luv and Kush request for forgiveness while Kartik locks them in a room. Later, Kartik and Naira remember the memories of childhood Luv and Kush.

The Goenka family is disappointed in their family while Akhilesh accuses himself of being an irresponsible father. Surekha pleads forgiveness for her sons while nobody listens to her.

Later, Trisha asks to punish Luv and Kush and tells everything to them. She further says she doesn’t want to trouble the family and that is why she didn’t say anything.

Luv is still angry and wishes they would have killed Trisha. Also, Luv proposes some plans while Naira wants the court to give them punishment.

However, Suhasini wants to give them punishment on their own without involving an outsider. Naira wants to take stand for Trisha and give punishment accordingly. Later, they find Kush deciding to jump and commit suicide.

Upcoming YRKKH episode update: The police arrive and Naira is accused of not discussing the family matter.