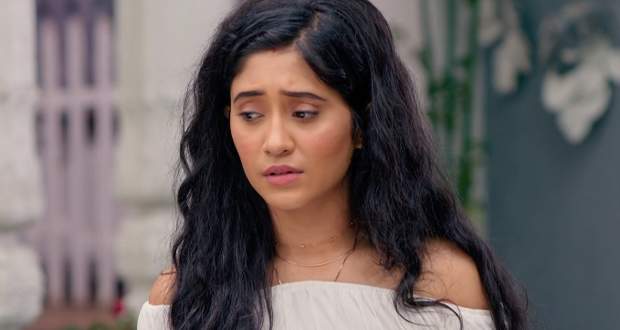 Today's YRKKH 13 Jul episode starts with Naira trying to talk to Kartik. She wants to bring her twin sister into the house while Kartik is not happy with her plan.

Naira wants to bring her sister for the betterment of their family. Naira tries to console Kartik while Kartik is disturbed because of the current situation.

Their business is going down due to the global pandemic. He also remembers that the news about his daughter was not true and the investigator gave the wrong information.

Kartik asks her to do whatever she wants but refuses to support her. Goenka's family is also upset with Naira’s decision but Naira reminds them of their situation.

The story from a while ago is shown wherein everyone is worried about the funds and Manish is really upset about the debt he is under. Manish says they have to give away the home if nothing works out.

Kartik comes and reveals that they are getting the loan without any condition. He reveals that Sita Devi will arrive and see their family values.

Sita is scolding someone at the temple when Naira arrives there. Naira talks back with Sita in the temple without knowing her identity. She insults her and asks her to behave properly with people.

Kartik reveals that it is really difficult to console her once she gets angry and meanwhile Sita gets angry at Naira.

Upcoming YRKKH episode update: Naira reveals about her twin sister in front of Sita to get a loan.