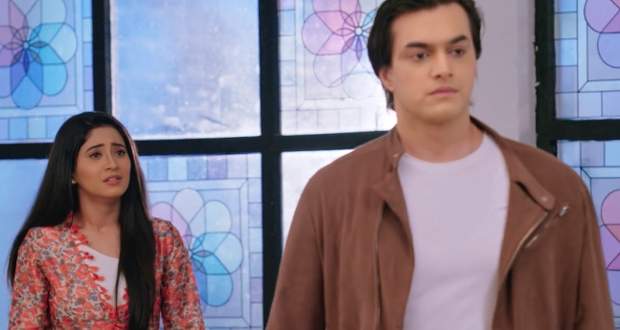 Today's YRKKH 14 Aug episode starts with Naira asking Kartik to not stay mad at her. Kartik says he overreacted while later Naira realizes she was daydreaming.

Gayu asks Naira to eat something while Naira blames herself for the accident. Later, Kartik brings Manish downstairs and reveals they are now best friends.

Kartik calls himself Kittu while Suhasini calls Manish Mannu. Naira tries to talk to Kartik but he ignores her. Later, the doctor says he needs to run some tests to make sure Manish doesn’t react more aggressively.

Kartik is also scared of injections but decides to be brave for his father. He gets the injection and holds Naira’s hand. He talks Manish into getting the injection as well.

Suvarna is shattered with Manish’s condition and her spoiled Teej. Naira consoles her and wants her to be strong. Meanwhile, the girl who had Naira’s purse uses her money to buy many things for her.

Kartik is forced to attend a meeting without the guidance of his father. He also imagines Manish giving him advice about business and feels helpless without his father.

He refuses to talk to Naira while Naira gets a call from the doctor. Naira learns she can be a mother but Naira decides not to plan a second child.

Upcoming YRKKH episode update: Kartik misses his sister on the occasion of Rakshabandhan.