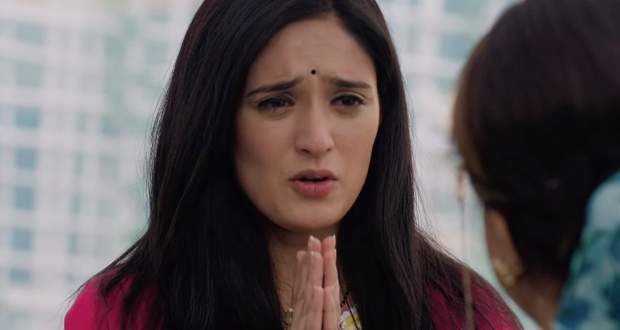 Today's YRKKH 16 Jan episode starts with Naira declaring that she has not given kidney so she doesn’t deserve to stay with Kartik. Kartik also shows the real Sonography report of Vedika.

Naira also shows the statement signed by Umesh Gupta. Kartik reveals that he was suspicious and was finding proof since then.

Kartik reveals that he confronted Naira about hiding Vedika’s truth. He says he wanted to confront Vedika but Naira made this plan to make her realize.

Vedika says she is his legal wife while Kartik reveals that she has already signed the annulment papers. She starts crying while Kartik and Naira want her to understand that what she did was wrong.

Dadi says she wanted to forgive her as they have also done bad with her. Vedika feels guilty as Goenka family continues to praise her.

Vedika wants them to give her punishment while Suhasini wants Vedika to go away from them and start a new life. She wants her to forget about everything and stay happy.

Vedika removes her Mangalsutra and gives it to Naira. Vedika leaves while later the family gears up for Kartik and Naira’s wedding.

Suhasini gets worried as the wedding Mahurat is of only 27 minutes. The family is also happy about the arrival of Luv and Kush. However, the wedding is troubled as some cows and monkeys spill all the food.

Upcoming YRKKH episode update: Naira waits for Kartik while some other groom sits with Naira on the Mandap.

© Copyright tellybest.com, 2018 & 2019. All Rights Reserved. Unauthorized use and/or duplication of this material without written permission from tellybest.com is strictly prohibited.
Cached Saved on: Sunday 5th of April 2020 01:53:35 AM