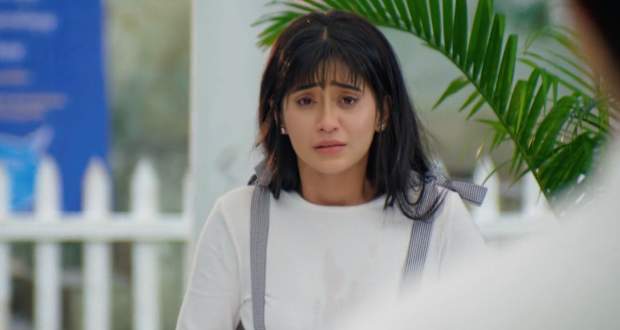 Today's YRKKH 17 Aug episode starts with Lisa saying she is going to church to pray for Kairav. At the same time, the Goenka family arrives at the hospital to meet Kairav.

Later, the nurse asks to sign a consent form stating the hospital will not be responsible if anything happens at the time of operation. Kartik warns Naira if something happens to Kairav he will not forgive her.

Kartik’s daadi also blames Naira for Kairav’s condition. The doctor informs something to Naira and she decides to inform Kartik as well.

Meanwhile, Naksh is also upset with her sister’s actions and lies to her wife. Later, Naira comes outside to meet Kartik.

But before she can reach near him, she sees Vedika talking to Kartik. Vedika confronts Kartik about knowing about his son and wife.

She assures him that nothing will happen to Kairav. Naira gets shocked to see Sindoor in Vedika’s forehead.

Suvarna and Manish also discuss Naira's actions. Suvarna thinks Naira is innocent while Manish is not ready to forgive Naira.

Naira breaks down into tears upon learning the harsh truth. She tells Kartik that they can watch Kairav’s surgery. Kartik and Naira go into the operation theatre.

Vedika comes inside the hospital which shocks the Goenkas.

Naira and Kartik get emotional to see Kairav’s surgery and hug each other.