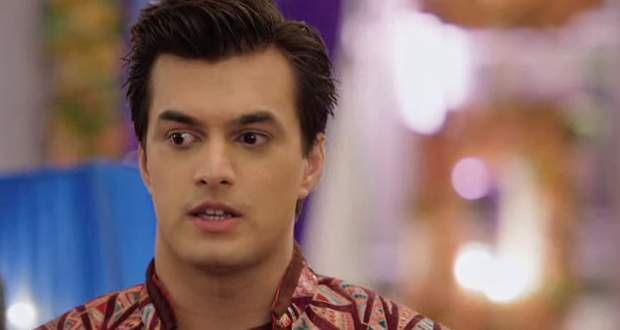 Today's YRKKH 17 Dec episode starts with Naira enquiring from academy staff about the fight. The staff member reveals nobody called them and no fight has taken place.

Daadi doubts Vedika when the Pooja Kalash goes missing. Goenka family members console Daadi and ask her to not create tension in the house.

Kairav arrives at Goenka house while Kartik enquires about Naira. Meanwhile, Naira is not able to find out about the one who has called them.

Daadi fears Akshat while Daadi is still upset about Vedika. Later, Kartik gets worried about Naira and decides to go get Naira back but is interrupted by Kairav.

Naira and Vedika are about to leave when the light goes off. Vedika goes for the washroom while Suhasani gets really worried about Kartik and Naira.

Kartik creates a game to keep the kids involved. Meanwhile, Vedika gets stuck in a room and Naira tries to open it. Naira kicks open the door and save Vedika.

Kartik and other family members dance and enjoy the Sangeet function. Later, Naira is not able to find the keys to the car and is not able to pick Kartik’s call.

Naira and Vedika decide to take a lift from a truck.

Upcoming YRKKH episode update: Kartik is about to go find Naira when she calls out his name.