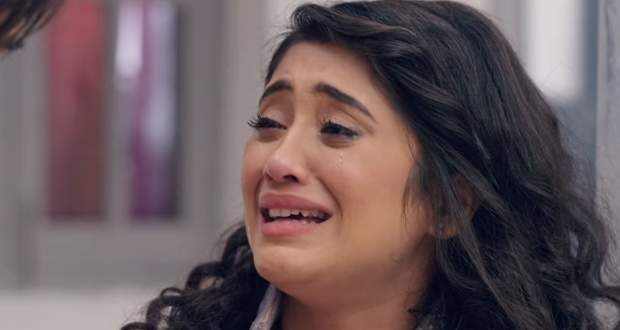 Today's YRKKH 17 Feb episode starts with Naira getting tensed and sick because of the injustice. The police leave and ask Goenka family members to not let anyone meet Trisha.

Naira is upset about not being able to get justice for Trisha. Later, Manish reveals that he wants to protect their future and their life.

Manish says that they have to go to an NGO in the village and their facilities will be taken away from them for two years. Luv and Kush ask for forgiveness while Akhilesh wants them to be thankful for not being sent to jail.

Naira is not happy with the punishment while Kartik wants to protect Luv and Kush’s life. Naira leaves while Kartik is asked to console Naira.

Luv and Kush decide to act of being shameful and gain sympathy from family members. Kartik takes away their phone while Luv is sure everything will be normal.

Naira overhears this and is sure that Luv has not realized his mistake. She feels helpless and confronts Kartik for not giving appropriate punishment to Luv and Kush.

Naira is sure that sending away Luv and Kush will not make them realize their mistake. Kartik is worried about his brothers and wants Naira to ask Trisha to not say anything to the police.

Later, Kartik is not able to find Naira and thinks she might be out to complain against Luv and Kush. He finds Naira on the road bringing some clothes for the kids.

Upcoming YRKKH episode update: Luv and Kush reveal in front of Trisha that they did the drama of suicide.

© Copyright tellybest.com, 2018 & 2019. All Rights Reserved. Unauthorized use and/or duplication of this material without written permission from tellybest.com is strictly prohibited.
Cached Saved on: Thursday 9th of April 2020 10:56:17 AMCached Disp on: Saturday 11th of April 2020 12:17:26 AM