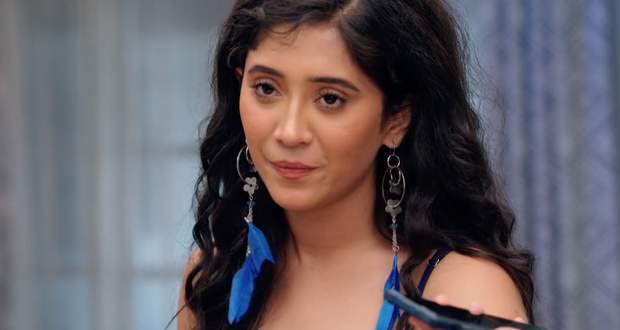 Today's YRKKH 17 Jul episode starts with Naira doing acting of being both Naira and Tina. Sita overhears everything and wonders if the same person is taking out both voices.

Kartik plays the audio of Naira crying and Naira continues to speak as Tina. Sita is about to leave with the family while Kartik’s phone hangs.

Sita is again suspicious as she can only hear crying voices. At the same time, Naira speaks the truth of speaking a lie and cheating on someone. She realizes she doesn’t want to lie.

Naira states they should speak the truth and that Kartik is right. Kartik gets a message from the worker stating that the workers are really upset and need a salary.

Kartik and Naira continue with the act and Surekha wear a saree and acts as Naira. Sita believes Naira’s act and thinks she was also like her when she was her age.

Suhasini consoles Naira in carrying on with the drama while later Naira goes back into the room to continue with the act. Naira takes the avatar of Sankari Bahu and gets help from Kartik in getting her hair straight.

The straightener stops working and Naira is forced to straighten her hair using an iron. Sita returns downstairs and Naira also comes down in a while.

Naira thinks she is about to get caught but Sita just admires her earrings. Kartik wants Sita to sign the papers while Sita is waiting for her lawyer.

Sita asks for Tina’s number and wants to hire her in her company.