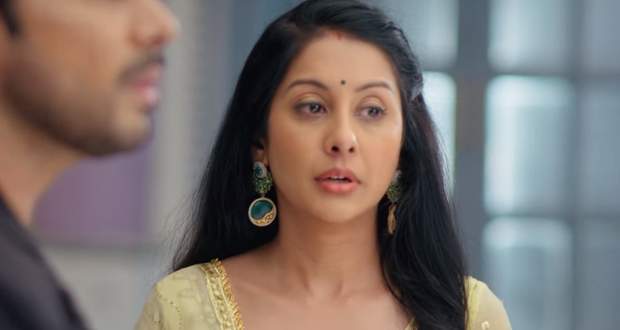 Today's YRKKH 17 Mar episode starts with Kartik consoling Naira about being thankful to god. They watch a little girl enjoying the park and grieve their loss.

Naira reaches home and gets emotional to see Kairav. Later, Samarth gets upset with Gayu for hiding the truth of her falling down the stairs.

He accuses her of not taking care of the baby. Naira and Kartik try to make Samarth understand that it is important for Gayu to stay happy and not get stressed.

Manish also scolds Samarth while Suhasini asks him to get treated for his behavior. Later, Suhasini learns that some problem is approaching their family and they have to do a Pooja.

Kartik calls Leela and reveals his identity while Leela disconnects the call. She switches off the phone and gets scared. Kartik feels weird but doesn’t reveal in front of Naira.

Kartik and Naira later get material for Kairav’s project and get upset to think about their daughter. Meanwhile, Samarth gets upset as Vansh wants Gayu to make a milkshake for him.

Naira and Kartik decide to do a Pooja while Goenka family members wish Kirti’s son Krish happy birthday. Suhasini gets upset to think about Kartik’s daughter.

Kartik and Naira make a birthday cake for Krish and celebrate the birthday while later Naira and Kartik go for the Pooja. They reach Leela’s home while Leela gets scared to see them.

His son opens the door and lies that she is not home. Kartik and Naira also give a check to help her while Kartik sees a shadow of some lady inside.

Kartik and Naira reach the temple for Pooja and learn that Goenkas are also joining in the Pooja with them. They start with the Pooja while later Kartik sees Leela with his son and follows her. Meanwhile, the Pooja gets interrupted as a bell falls in Hawan Kund.