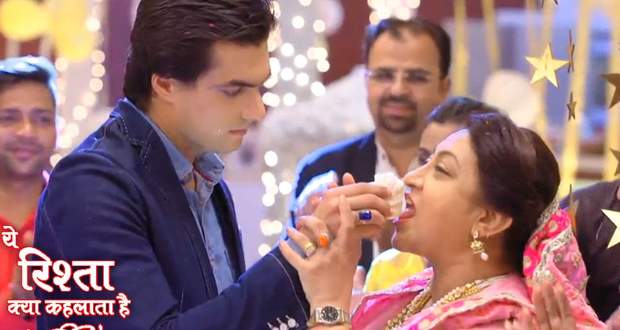 Today's YRKKH 17 May episode starts with Suhasini back bitching about Naira for not paying attention to Kartik’s health. Suwarna says Kartik has stopped everyone from informing Naira.

Suhasini calls Naira and informs her about Kartik’s health. Naira comes to Mihir and tells him that she cannot accompany him for the meeting because of her husband’s health issues.

Naira comes back home. Suwarna tells Naira that Kartik has gone out for a meeting. Naira questions Suhasini for lying to her about Kartik’s health.

Suhasini says she did all this because she wanted her to fulfill her responsibilities. Naira stands dumbstruck.

Suhasini accuses Naira of competing with Kartik for her own selfish means. Naira feels bad over Suhasini’s rude behavior.

Badi Daadi tells Kirti that she took her jewelry. Kirti and Devyani realize their mistake.

Kartik and others return to home. Suhasini creates a scene in front of Kartik by saying that she cursed her. Naira tries to prove her point but Kartik stops her.

Kartik questions Naira for not attending her meeting. Naira avoids telling anything to Kartik.