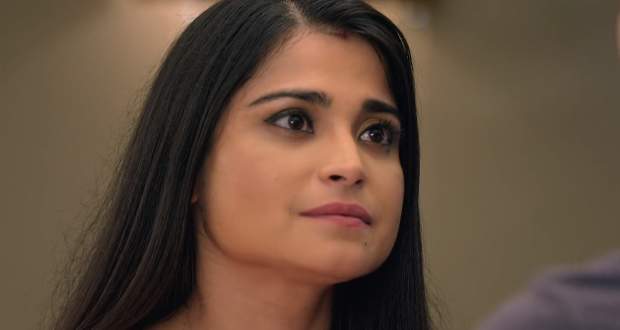 She further thinks Kartik’s behavior is valid as he is hurt. Gayu steps in and takes Naira’s side on this. Naira doesn’t want to play the blame game and gets upset with Naksh for pointing such an old memory.

Kirti asks Kartik to focus on his father while Naira also wants to focus on Manish’s health. She asks him to apologize to Kirti and comforts Kartik.

Suhasini and Devyani also get into an argument and take the side of their respective kids. Akhilesh and Suvarna ask them to stay civil for the sake of Manish.

Samarth and Akhilesh are upset about their business and want Kartik to take a decision. Later, Kirti and Naksh apologize to each other and wish Kartik and Naira can also reconcile their differences.

Naksh asks Kirti about her sudden arrival while Kirti hides something from him. Meanwhile, Naira decides not to give up and keep trying to make things right.

Manish wants to go outside while Kartik asks him not to. Naira wishes to take Manish out while the doctor also tells Kartik to treat Manish like a normal person.

Manish enjoys with Naira outside while later he is about to fall when Kartik catches him. Surekha thinks Kartik and Naira need to be united to treat Manish.