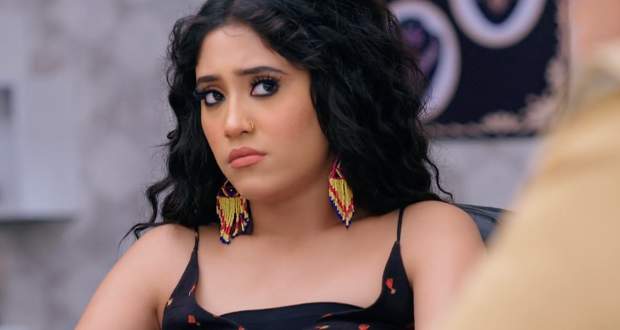 Naira is forced to give the number and Sita sends a text message on the number. Later, Naira sees that Sita has asked Tina to come for a job at her office or else she won’t give the loan.

The whole family gets upset while Naira decides to handle the situation. The next morning, Naira sings a Bhajan and prays to god to make things right.

She later tells Kartik that she will get out of the job and give him treat in a café. Naira reaches Sita’s office as Tina and misbehaves with her. She continues to piss Sita and also makes fun of her.

Sita’s son comes and greets her while Tina makes fun of him as well. Naira also learns that his son doesn’t want her to lend money to Goenka’s as it is too risky.

Meanwhile, Kartik is not able to get any investors for their company. At the same time, Tina behaves badly with Sita and leaves the job. Kartik tells Naira that one other investor is willing to give them money.

Naira tells Kartik that Sita’s son is fake and might be a problem for them. Later, Sita witnesses Kartik and Tina in the café eating together and doing romance.

Upcoming YRKKH episode update: Sita decides to confront the family while Kartik gets upset with her allegations.