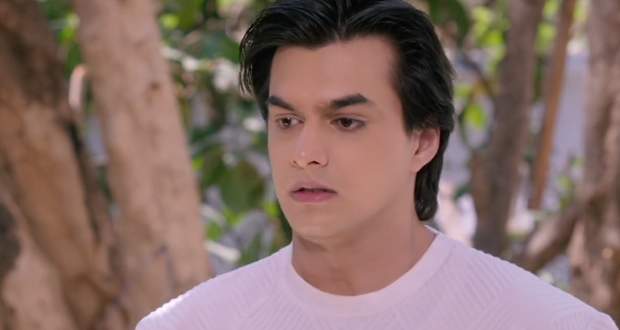 Naira reveals their Pooja got spoiled while Kartik lies he went to drink water. Naira thinks the Pooja getting spoiled is some indication while Pandit assures them everything will be fine.

Kartik decides to investigate the matter of his daughter’s death and Leela. He decides to tell Naira about his confusion while Naira is upset about the Pooja.

Kartik and Naira get emotional when Kairav leaves a frame empty for his sister. Kartik tells Naira about Leela but Naira thinks he is thinking too much.

Suhasini gets disturbed thinking about the incident in the temple while Samarth consoles her. Later, Kartik reads news about newborn babies and the selling of such babies.

Naira overhears Manish and Suvarna’s conversation and wonders if they have also lost romance. Kartik goes to the police to learn about the hospitals where the cases are taking place and finds name of New City Hospital.

Later, he returns home and finds Naira waiting for him all dressed up. Naira makes tea for him and also give cookie to him. Naira gets angry with his ignorant behaviour.

Naira later tries to get romantic with Kartik but he is upset about the news. He later tells her about the news and the investigation done by police. Naira is not ready to believe this while they decide to play with the kids.

The inspector comes to meet Kartik and informs him that his daughter’s case might be related to the child racket.