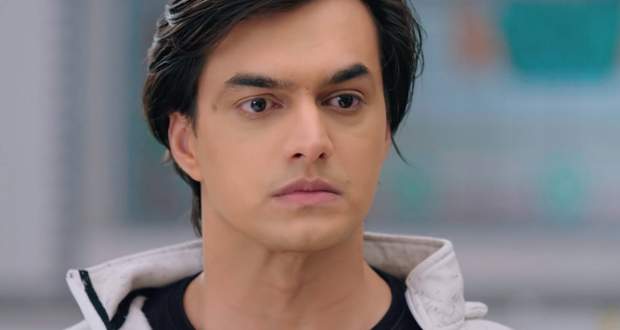 Today's YRKKH 19 Aug episode starts with Naira doing exercise and Manish copying her. Meanwhile, some people see the same girl who has Naira’s money and wallet and think of making money off her.

Manish continues to play and his happy while Naira and Kartik share an awkward moment. Kartik asks Manish to come inside and watch TV along with eating popcorn.

The man and woman act of being that girl’s parents and asks the nurse to discharge her. The girl sees the man and recognizes him. Elsewhere, Samarth suggests something related to property while Suhasini misunderstands him.

She thinks he wants to get the property while Samarth tries to explain himself. Kartik reveals that Akhilesh has told him about Samarth’s idea and he agrees to it.

Kartik suggests Manish’s powers should be handed over to someone else. Kartik refuses to take responsibility as he has to take care of Manish. He decides to give the power of attorney to Akhilesh.

Kartik takes the thumbprint of Manish on the papers as he can’t sign. Later, Naira receives a call from the hospital stating that she has to clear the bill of that girl.

Naira doesn’t listen that some people have taken the girl along as her parents. Naira pays the bill and feels weird about the people who took the girl along. At the same time, the girl comes running and hides in Naira’s car trunk.

Naira reads the PI file case report about Kaira again. Later, she reaches home and sanitizes herself before entering while the girl copies her actions. Meanwhile, Kairav calls Naira and demands a sister. The same girl arrives at their doorstep while Kartik wonders who she is.