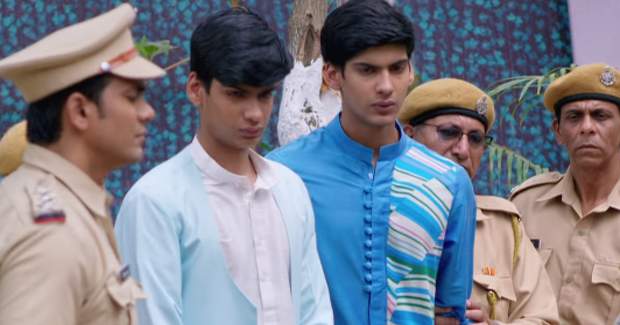 Today's YRKKH 19 Feb episode starts with the police declaring that they have come to arrest Luv and Kush. The inspector further declares that someone from the Goenka family has complained against them.

Suhasini and Surekha start blaming Naira while Naira is adamant about her decision. Kartik also gets mad at Naira while she is just doing what is right.

Naira reveals that Luv and Kush were threatening Trisha while Kartik is not ready to believe. Naira stops the police and Goenka's family thinks she will take her complaint back.

However, Naira gives Kush’s inhaler to the inspector. Kartik assures Luv and Kush that they will soon reach to save them and that nothing will happen to them.

Manish hires the best lawyer in the town and gets mad at Naira. Kartik is also mad at Naira for getting Luv and Kush arrested. Naira wants to know if she was in Trisha’s place, would they have done the same thing.

Kairav is scared to get arrested as he lied while later Naira returns Goenka's house. Everybody in the house is mad at her and doesn’t even look at her. Later, Naira and Naksh go to meet Mr. Jhaberi but get to meet only his secretary.