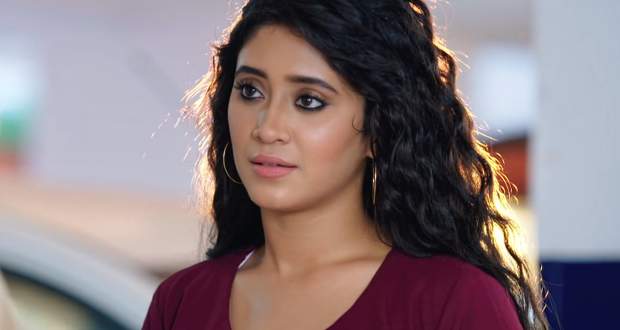 Today's YRKKH 1 Aug episode starts with Naira stealing the permission letter from Kundan’s pocket. Kundan is unable to enter inside because of the absence of a letter.

The boarding gate closes while Sita gets worried about her son. Naira confronts Sita Ji and reveals she knows the truth. She accuses Sita Ji of trapping Kartik to save her son.

Sita Ji justifies her actions while Kundan insults Kartik. Naira is not able to tolerate any word against Kartik and threatens him. Naira is adamant to show Sita’s true face and tears the permission letter.

Sita Ji continues to insult Naira and the Goenka family. The Goenka family and Naksh stand up in support of Naira while Sita Ji decides to get his son out of the city.

Naira gets suspicious of Kundan’s act and decides to expose him. Naira learns that Kundan wanted to do business with someone alone and wanted Sita Ji out of the picture.

Goenka family learns that Kartik and the inspector have reached the court for the hearing. Later, Naira calls Kundan to talk in private and offers to help him get Sita Ji’s position.

Sita Ji is also watching the scene and remembers Naira’s challenge to her. Naira had already talked to Sita Ji and offered to prove Kundan is evil. She also promises she will do anything if Kundan is not proven wrong.

Upcoming YRKKH episode update: Kartik is all set to get shifted when Naira comes to take him home.