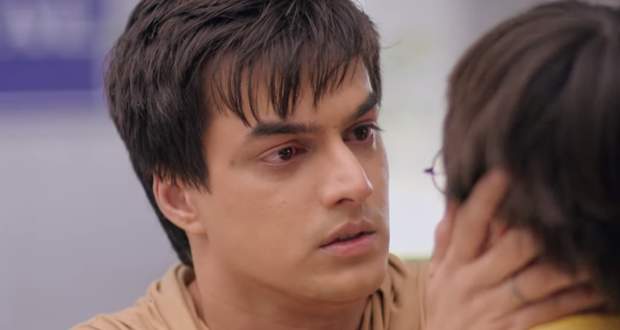 Today's YRKKH 1 Jan episode starts with Vedika agreeing to save Naira’s life. She further says that she will give her kidney if Kartik promises to be with her instead of Naira.

Kartik gets shocked by her condition. Meanwhile, Kairav and Vansh are roaming on the streets while the servants at home realize that the kids are missing.

Vedika wants Kartik to understand her situation and that it is her last chance. At the same time, Kairav and Vansh find Bhabhi Maa’s car outside a hospital.

They sneak into the hospital while Gayu gets a call from her friend that Kairav and Vansh are in the hospital. Vansh and Kairav are found by Kartik outside Naira’s room.

Kartik consoles Kairav in believing that Naira is alright. Kairav wants Kartik to promise that he will not let anything happen to Naira.

Goenka family members get worried about Kairav and Vansh. At the same time, Kartik is in a tough spot where he has to make a choice.

Kartik agrees to Vedika’s condition and doesn’t want her to tell anyone. He says once Naira gets well they will reveal the truth to everyone.

Naksh announces that Vedika is ready to give the kidney to Naira. All the family members thank Vedika for doing such a selfless deed.

Upcoming YRKKH episode update: Vedika and Naira get operated for the kidney transplant.

© Copyright tellybest.com, 2018 & 2019 & 2020. All Rights Reserved. Unauthorized use and/or duplication of this material without written permission from tellybest.com is strictly prohibited.
Cached Saved on: Wednesday 23rd of September 2020 12:04:10 PM