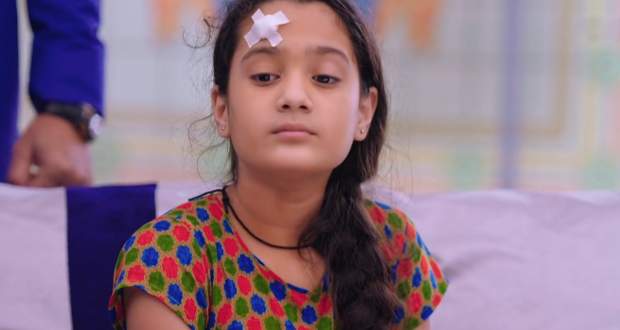 Today's YRKKH 20 Aug episode starts with Kartik and Naira finding Chori at their doorstep. Naira decides to not tell Kartik the truth and send her away as soon as possible.

Suhasini asks her name while Chori decides to impress her first to get money. She holds her feet and needs blessings while later enters the house and reveals Naira bought clips from her.

Naira stops her from revealing about the accident while Chori continues to do drama. Chori falls down and Naira and Kartik hold her. Chori does the drama of being hurt.

Suhasini asks Naira to feed her and get her out of the house. Later, Kartik feels guilty for not expressing his feelings in front of his father when he was well.

Naira asks Chori to eat and take medicine and leave the house as soon as possible. Chori argues with Naira just in her style and later gets excited to see food.

Meanwhile, Kirti hides something from Naksh and lies when she receives a call from someone named ‘A’. Later, when Chori is eating food, Suhasini is worried that Manish might see her and get disturbed.

Chori recognizes Manish from the car and starts talking to him. Naira scolds her while Manish gets scared. Naira feels the need to send her away and calls the police station.

Kartik gets disturbed with Manish repeating Chori’s words but later Manish repeats that he is a superstar. Meanwhile, Kirti does a drama of being sick and asks everyone else to go to the restaurant.

She calls someone named A and informs she can come immediately. Meanwhile, Naira asks Chori why she needs money while Chori wishes to stay at their house. She is ready to do household work but doesn’t want Naira to send her away.