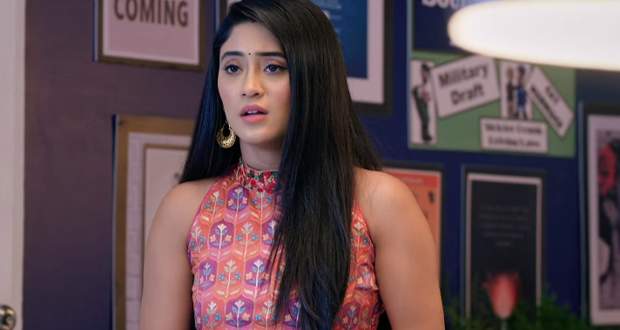 Today's YRKKH 20 Feb episode starts with Naira deciding what to say to Jhaberi lawyer. She goes inside to meet him and introduces herself. Jhaberi hears her name and says he will fight the case.

Naira feels weird with his strange behavior while Jhaberi is not happy with his secretary Shivani’s absence. Jhaberi doesn’t want Naira to stay emotional as she won’t be able to fight her family.

Jhaberi knows the details of the case while Naira feels suspicious. Later, Manish hires a successful lawyer who turns out to be Jhaberi.

He gifts plants to Kartik as a gift and starts talking about plants. He states that the truth is what is proved in the court. He promises to get Luv and Kush out of the charges.

Kartik and Naira come face to face outside the court and think the same thing. Kartik also helps Trisha when she starts coughing.

Luv and Kush arrive and Naira wishes to meet them. But she thinks they already have so many family members. Surekha feeds a sandwich to her sons.

Meanwhile, Bhabhi Maa gets disturbed because of Naira’s decision. Later, in the court, Jhaberi arrives and enters straight inside the court.

Both the Goenka family and Naira think why he didn’t stop to meet them.