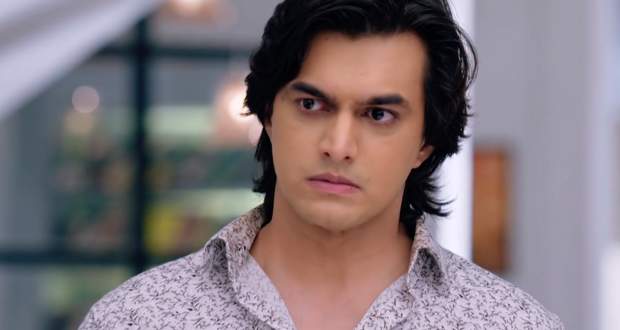 Today's YRKKH 20 Jul episode starts with Naira and Kartik reaching Goenka house. Nobody is home and they start romancing. Meanwhile, Sita is on her way to reach Goenka's house.

Sita reaches Goenka Sadan and is shocked to see Tina with Kartik. Sita feels bad for Naira and decides not to give any money to Kartik.

Suhasini learns that the next day is good for the family. Meanwhile, Sita decides to not talk to them while Naira continues to act as Tina. At the same time, Tina falls on the ground while Sita is shocked to see Kartik taking care of her.

Sita messages his son that he will not give loans to the Goenka family while Kundan makes his own plan of getting the money for his fake company. Sita doesn’t let Naira go anywhere while at the same time, the family members return.

Sita asks about Naira while Suhasini, Suvarna, and Surekha give different answers. They manipulate the situation while later Suhasini tells Sita about Savan Pooja.

Naira and Kartik continue to think of ways to get rid of Sita. At the same time, Sita reveals in front of the family that she has decided not to give loans to the family.

Sita says she can’t give loans to someone having extra-marital affair with his sister-in-law. Kartik tries to explain himself while Sita is still against Kartik’s actions.

Kartik stands his ground and is not ready to accept the allegations by Sita. Sita leaves in anger while the whole family gets upset. Manish reveals that orders will get canceled if they don’t get money.

Upcoming YRKKH episode update: Suhasini decides to bid the house to save their work.

© Copyright tellybest.com, 2018, 2019, 2020. All Rights Reserved. Unauthorized use and/or duplication of this material without written permission from tellybest.com is strictly prohibited.
Cached Saved on: Friday 30th of October 2020 01:59:10 AM