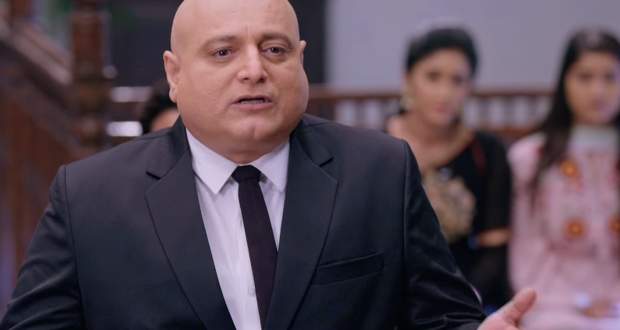 Today's YRKKH 21 Feb episode starts with Suhasini asking about Kartik while Naira enters the court. Meanwhile, Kairav is really angry and doesn’t want to talk to anyone.

Gayu tells Kartik that Kairav has hurt someone from the servant’s quarter. In the court, Goenkas discuss their lawyer while Naira is also confident about Jhaberi.

Naira thinks the younger lawyer is from Goenkas side but he is actually fighting for them. Before the hearing, Jhaberi gives a plant to the judge and starts talking about plants again.

He starts talking ill about Trisha and says she is just acting innocent. He further presents data in which 79 percent of cases of molestation were fake.

Naira stands up and interrupts Jhaberi. She further starts accusing Jhaberi of betraying them as he was supposed to fight on their behalf. Jhaberi very smartly turns the tables against Naira.

Naira reveals that he committed to fight their case but Jhaberi explains that Goenkas have a reputation and accuses Trisha of wanting to earn money from them.

Naira again accuses Jhaberi but he says he never took any fees from them. He further asks for any proof that she hired him. Kartik arrives at the same time and it hurt to see Naira in pain.

Jhaberi asks for bail of Luv and Kush and the judge grants permission for bail. Later, Naira challenges Jhaberi that the truth will come out.