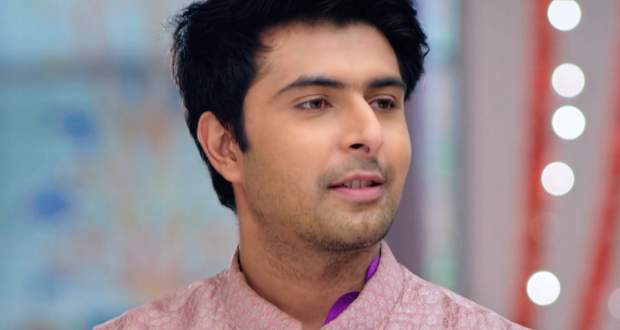 Today's YRKKH 22 Jul episode starts with Naira packing a gift for Sita Ji. Kartik comes with another task for Naira and helps her pack the gift. They later dance on a popular number.

Naira’s Tina version and Kartik’s Bhautik’s version also enjoy the beats of the famous Bollywood song. Later, Naksh arrives at Goenka's house and Sita Ji asks for his other sister.

Naksh gets confused while Kartik wonders why Sita Ji didn’t return. Sita Ji asks about Tina while Naksh says he has only one sister i.e. Naira.

Naira and Kartik try to tell Naksh indirectly about their act and Naksh also follow their lead. Sita Ji wants Naira to dance on the occasion while everybody gets worried because of her foot.

Naira and Kartik perform using the swing as their prop. Later, Naira overhears Kundan saying he will not let the deal happen. Kartik doesn’t believe her while everyone else enjoys and dances.

Kundan asks Sita Ji to sit on the swing while Naira is still suspicious of him. He makes a plan of breaking the string of the swing so that his mother falls down.

Naira sees the string before it breaks and saves Sita from falling down. Kundan gets mad at the Goenka family for not checking the swing properly. He proposes to leave while Sita is happy that Naira and Kartik saved her.

Kundan gets upset with his failed plan while Naira gives home medicine to Sita Ji. Kundan acts of knowing some secret of Goenka’s in front of Naksh.

© Copyright tellybest.com, 2018, 2019, 2020. All Rights Reserved. Unauthorized use and/or duplication of this material without written permission from tellybest.com is strictly prohibited.
Cached Saved on: Friday 30th of October 2020 01:26:32 AM