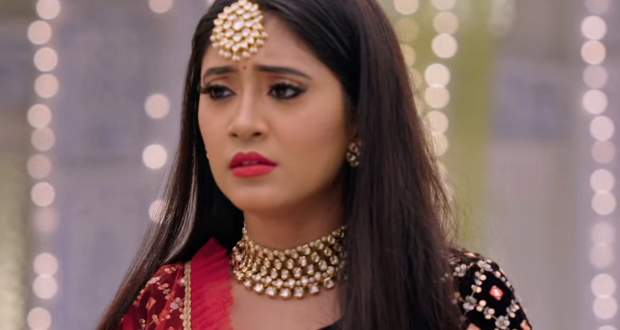 Today's YRKKH 23 Dec episode starts with Kartik getting Mehendi on his hands in place of Naira. Naira also gets a little Mehendi on her hands and wonders about Vedika.

Kartik wants Naira to not worry and enjoy their Mehendi function. Everybody starts dancing and celebrate the occasion while Vedika cries in a corner.

Naira witnesses her upset state and follows her. However, Vedika shouts at her and doesn’t want to talk. Outside the house, Vedika’s friend arrives and helps her breathe.

Pallavi wants Vedika to come along with her and says she knew she won’t be able to handle the situation. She suggests not going through a divorce.

Pallavi wants her to be selfish and think about herself first. Meanwhile, Daadi is not happy with Vedika’s arrival and warns Naira that they will suffer.

Pallavi wants Vedika to miss the court date while Naira wonders if Daadi is right. Later, she asks Vedika if she is alright and her answer is no.

Kartik and Naira romance outside the house and share their happiness. Later, Naira again tries to talk to Vedika and wants Vedika to share her feelings.

Vedika refuses to talk while later she has a bag in hand and Suvarna and Daadi witness the scene. Vedika asks for Gayu.

© Copyright tellybest.com, 2018 & 2019. All Rights Reserved. Unauthorized use and/or duplication of this material without written permission from tellybest.com is strictly prohibited.
Cached Saved on: Friday 17th of January 2020 06:30:04 PMCached Disp on: Thursday 23rd of January 2020 07:57:57 AM