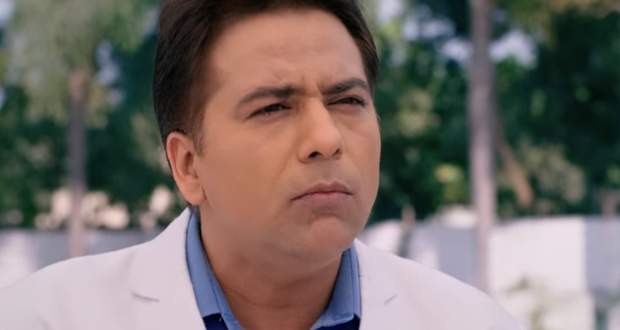 Today's YRKKH 23 Mar episode starts with Devyani asking Bhabhi Maa about crying in the room. Bhabhi Maa reveals she is upset about dying without seeing her kids.

Devyani consoles Bhabhi Maa and says she is not exposed to the disease as much. Kartik asks the investigator about finding out about his daughter.

Naira arrives and asks what investigation he is carrying out. Kartik lies that he is investigating a client. Naira believes him and tells him about the arrangements for Suhasini’s birthday.

Kairav and Vansh want to stay at home and don’t want to go to school. Naira threatens to cancel the party while Manish brings masks for everyone.

Naira asks Samarth if he has talked to Gayu and is worried about Vivaan’s family arriving. Later, Suhasini and others arrive at another house.

Suhasini gets upset as nobody is thinking to celebrate her birthday. Everyone else reaches the other Goenka house while Manish reveals that the schools have closed.

He says they have to close the offices and flights are also getting canceled. Suhasini also arrives and everybody explains why it is necessary to take measures.

They wonder how to celebrate the birthday of Suhasini. Later, Manish gets worried about Suhasini’s birthday cake and Naira asks him to make a different cake.

Upcoming YRKKH episode update: Kartik learns that the investigator has found his daughter.