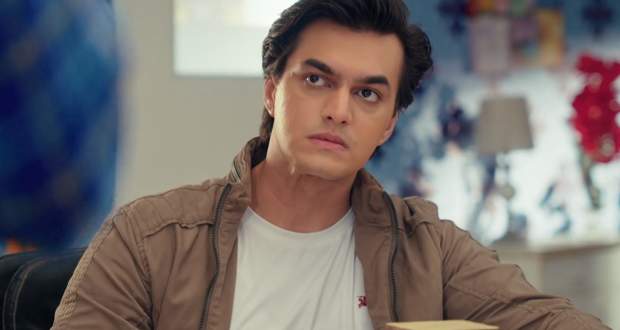 Today's YRKKH 24 Jul episode starts with Naira apologizing to Sita Ji for her big lie. Naira explains her situation and reaction and tries to justify her actions.

Everybody else in the Goenka family also apologizes to Sita Ji. Sita Ji refuses to accept their apology and tears the papers of the contract. She says she should have listened to his son.

Sita Ji leaves while Naira gets really upset with her failed act. Kartik consoles her and is not ready to give up as the family is together. Meanwhile, Sita Ji asks Kundan to take care of the deal with the Chopra company.

Naksh offers to help Manish but he refuses to take help from him as his business is also in recession. Later, Kartik goes to meet an investor but Kundan arrives there.

Kundan starts humiliating Kartik and explains why Pawan should not do business with him. Kartik gets angry at Kundan’s insults and hits Kundan on his face.

Kartik reaches home and finds a seal on his house. He starts searching for his family while later it turns out to be a dream. The family members wait for Kartik while Sita Ji arrives there along with her son.

Sita Ji accuses Kartik of hitting her son and warns that she will not let anyone help them. She even wishes to buy their house and name it Kundan Villa. Sita Ji leaves and Suhasini is ready to sell the house for her family.

Upcoming YRKKH episode update: Sita Ji asks Kartik to meet her while later he tells Naira that he is leaving.

© Copyright tellybest.com, 2020, 2021. All Rights Reserved. Unauthorized use and/or duplication of any material from tellybest.com without written permission is strictly prohibited.
Cached Saved on: Saturday 23rd of January 2021 12:34:31 PM