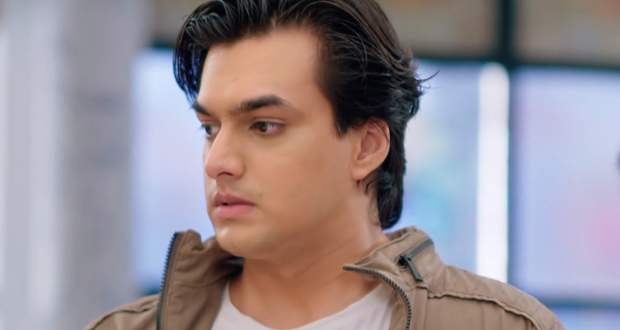 Today's YRKKH 25 Jul episode starts with Goenka family getting hopeless about getting a loan. Naira cheers everyone up and is sure they will overcome the problems.

Kartik is ready to do anything and at the same time, he gets a call from Sita Ji. She asks him to meet her urgently and he leaves to meet her immediately.

Kartik returns all excited and happy and reveals Sita Ji has forgiven them. Kartik reveals that she is ready to give loan and also invest in their company.

Naira is suspicious of Kartik’s actions and confronts him. Kartik says Sita Ji is short-tempered and realizes her mistake later. He says Kundan also apologized to him.

Kartik says he will invite her for the next day while Naira starts preparing for lunch. He later finds Kartik talking to a worried Surekha. Kartik talks to Kairav over a video call and gets emotional.

Kartik spends some quality time with the family and Kartik continues to erase the lines of his hand. He also asks Suhasini to do his head massage.