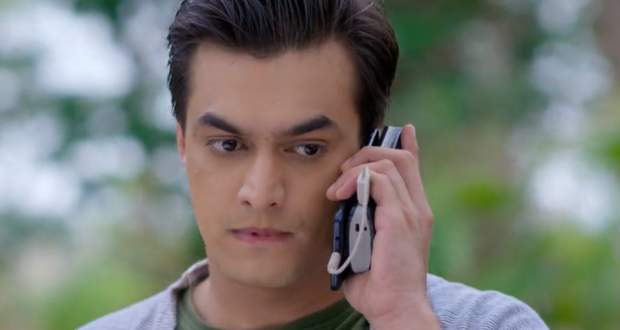 Kartik calls Kairav. Kairav tells that he is with some uncle who will take him to his father.

Kartik tells him to leave the bench.

Kartik tells Kairav that he is coming to Goa.

Naira is told by gatekeeper that Kairav might have got out of the gate.

Kairav denies going to his mother. Kartik tells him to do as he says.

Kartik tells Kairav to not talk to anyone and not tell his name.

Meanwhile, Naira is searching for Kairav. She asks Mr. D’Souza about his son.

Naira’s friend tells her to use Mr. D’Souza’s phone location to track Kairav.

Kartik asks Kairav to send his picture to him but Mr. D’Souza’s phone gets dead.

Naira reaches police station and gets to know there is report of a missing child being already near the carnival area.

Naira decides to search for Kairav on his own.

Meanwhile, at home everybody discuss why Kartik called for a charter flight.

© Copyright tellybest.com, 2018 & 2019. All Rights Reserved. Unauthorized use and/or duplication of this material without written permission from tellybest.com is strictly prohibited.
Cached Saved on: Saturday 6th of June 2020 06:57:01 PM