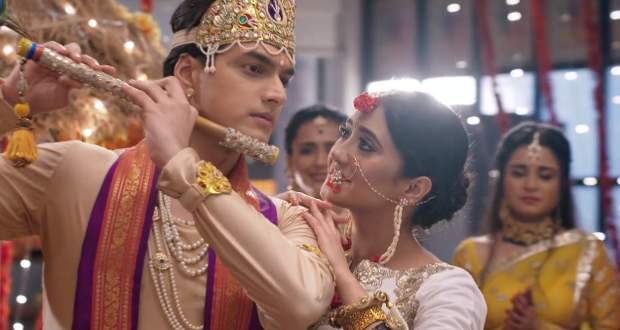 Today's YRKKH 26 Aug episode starts with Naira and Kartik discussing Chori. Kartik thinks it is better to send Chori away while Chori decides to stay on the street again.

She gets an idea of looking herself in the mirror. Meanwhile, Kartik and Naira share some romantic moments together but there is still some tension between them.

Naira shares her dream with him while Kartik has lost all means and hopes of life. Gayu is tensed about Samarth’s dream of having a boy while Naksh and Kirti also get romantic.

Kartik and Naira help each other get ready and also get close to each other. Elsewhere, Bhabhi Maa and Devyani console Suvarna and ask her to not lose hope.

Kartik and Naira perform the dance and also include Manish in their act. They hope Manish remembers his past memories while he is also shown some of his old family photographs.

Manish doesn’t gain his memory while Chori prays to god to cure Manish as soon as possible for Naira. Manish leaves while Kartik and Naira feel helpless.

Chori leaves the house while Manish follows her. Later, Kartik is upset with Naira and doesn’t trust her. Suvarna gets upset while Kartik tries to console her. Meanwhile, everyone else in the family can’t find Manish and start searching for him.

Upcoming YRKKH episode update: Kartik starts searching for Manish with everyone else and finds him in a terrible state dancing on the road.