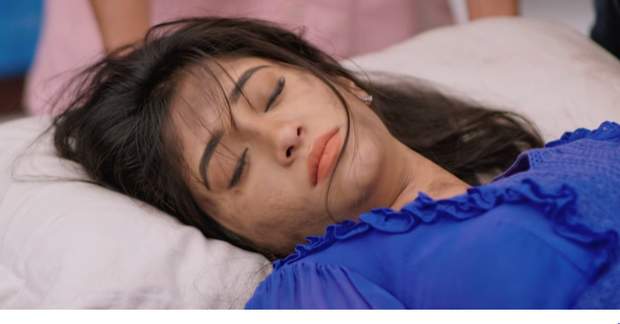 Today's YRKKH 26 Dec episode starts with Naira finding the court papers in front of the house. She wonders how they were left behind and gets suspicious.

Vedika stops Kartik in front of a Dargaah and wishes to pray once. Meanwhile, Naira drives really fast and is about to hit a car.

Vedika wants her Kartik back and doesn’t know any other way to get her happiness back. Kartik is worried about court timings and enters the Dargah.

Naira finds Kartik’s car outside and also sees Kartik. She rushes to give the papers to him. Meanwhile, the lawyer gets worried as Kartik is late.

Vedika is stalling time in the Dargah and hides from Kartik. Kartik and Naira come face to face and later a lot of bricks fall on their heads.

Daadi gets upset as Kartik and Vedika didn’t get a divorce. At the same time, Kartik gets conscious but Naira still remains unconscious.

Vedika informs in Goenka home that Naira got into an accident. Later, Kartik and Naira reach the hospital and meet Dr. Pallavi.

Upcoming YRKKH episode update: Kartik is traumatized with Naira’s condition while Daadi blames Vedika for trying to kill her.

© Copyright tellybest.com, 2018 & 2019. All Rights Reserved. Unauthorized use and/or duplication of this material without written permission from tellybest.com is strictly prohibited.
Cached Saved on: Friday 17th of January 2020 10:29:54 PMCached Disp on: Wednesday 22nd of January 2020 04:00:17 AM