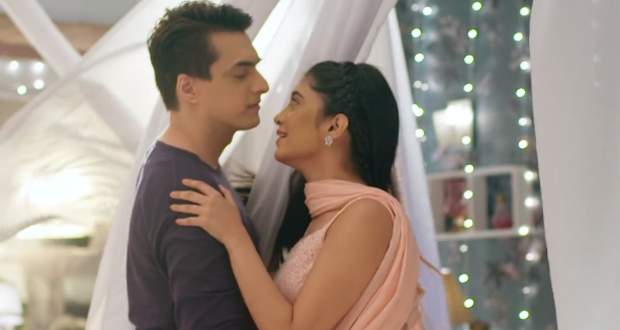 He gets furious and rushes to the Goenka house. He rebukes Kirti and Manish for taking the decision without his consent.

Manish asks him to not create a scene while Naksh states he might have to fight the custody case of Krish. Kartik consoles Naksh and asks him to leave.

Later, Naira and Kartik spend some romantic moments. Further, they decide never to fight because of Naksh and Kirti.

Also, they want to make things right between Naksh and Kirti and come up with a plan. Kairav comes at the same time and Naira gives the gifts to him.

Kairav gets really happy to see the watercolors. Naira receives a message and gets shocked. She reveals in front of Krishna that the interview is the next day.

Kairav also learns the same and wishes Krishna to not get admission to their school. The next morning, Krishna starts the interview while Kairav, Vansh, and Krish decide to spoil the interview.

Kartik and Naira decide to hire an art teacher for Kairav. Vansh and Krish try to spoil Krishna’s interview by distracting her.

Naira finds Kairav in a scared state while the principal asks Krishna to call Kartik and Naira. Krishna reveals that she wasn’t able to answer in English.

Upcoming YRKKH episode update: Naira organizes a Ramleela and asks all the kids to take part.

© Copyright tellybest.com, 2018, 2019, 2020. All Rights Reserved. Unauthorized use and/or duplication of this material without written permission from tellybest.com is strictly prohibited.
Cached Saved on: Monday 30th of November 2020 03:54:58 PM