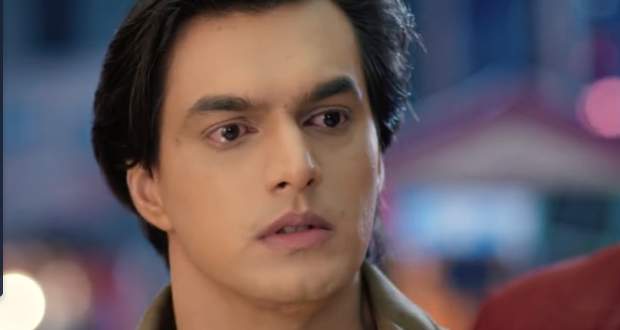 Today's YRKKH 27 Aug episode starts with Kartik and Suvarna learning that Manish is missing from the house. They find out that Chori is also missing while everyone starts searching for them.

Kartik is upset that he left Manish and depended on others. Later, Kartik gets shocked to see his father dancing and begging on the street in a terrible condition.

Chori starts explaining her situation while Naira gets angry with her. Chori reveals that she doesn’t want to go to the orphanage and so disguised as Krishna to get saved.

Kartik asks Manish to come along while instructs Naira to not bring Chori in their house. Chori wishes to stay on the road while Naksh asks her to come to his house.

She argues while Naira shouts at her and tries to explain the consequences of living on the road. Chori can’t see Naira crying and is ready to go to the orphanage.

Manish returns home while Naira is blamed for not taking care of Chori. Naira gets emotional and is sick of getting blamed as she is also in pain to see Manish in that state.

Kartik changes Manish’s clothes and cleans him up. He further learns that Manish has learned some lines of begging on the street and is repeating continuously.

Kartik gets angry and scares Manish. Kartik realizes his mistake and apologizes to Manish. Meanwhile, Chori wishes to stay at Singhania's house and prays to god.

The doctor asks Kartik to get Manish’s surgery done while Kartik is not ready for it. He offers to stay with him 24/7 while the doctor still thinks surgery is a better option.

Upcoming YRKKH episode update: Naira gets a surprise party on her birthday and also receives a special gift.