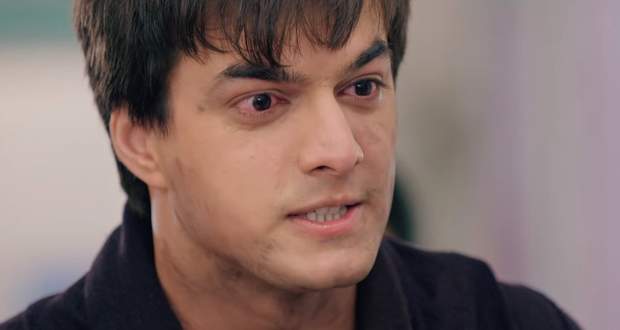 The doctors find something critical in Naira’s reports and decide to do more tests. Pallavi is worried and doesn’t know how to tell the truth to Kartik and others.

Suhasini blames Vedika for Naira’s condition and thinks she wanted to kill her. Later, Dr. Pallavi declares that Naira’s life is in danger as he both kidneys have damaged.

She says they need a donor as soon as possible. Kartik is in shock and starts laughing. He is not ready to face reality and accept anything that can happen to Naira.

Vedika requests Pallavi to help cure Kartik while she says they have to talk and get him out of it. Manish tries to talk to Kartik and consoles him.

He later slaps him to get him out of that condition and face reality. Meanwhile, Devyani tries to console Bhabhi Maa and later they try to hide the truth from Kairav.

Kartik gets normal and knows Naira tried to save him. The doctor suggests any family member should give a kidney to Naira.

They all get ready to get tested to save her. Later, Vedika blames herself for Naira’s condition and Naksh overhears their conversation.

Upcoming YRKKH episode update: The kids follow Devyani and others on their cycle while Kartik assures Naira she will be cured.