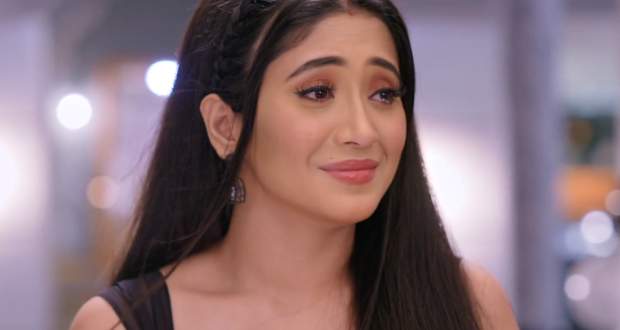 Today's YRKKH 28 Aug episode starts with Kartik refusing to get the surgery done. The family is confused with Kartik’s decision while Naira asks them to give Kartik some time.

Chori lies to Bhabhi Maa and says they didn’t get proper food in the orphanage. She also states that they had to do all the chores while Bhabhi Maa feels bad for her.

Naira asks Chori to not lie over a video call while she runs away. Further, Naira tells Bhabhi Maa and Naksh about the doctor’s suggestion of surgery. She asks Kirti to console Kartik in getting ready for the surgery.

Kartik helps Manish in riding a bicycle while Suvarna wishes the differences between Kartik and Naira are solved as soon as possible. Later, Naira waits for Kartik to wish her while Kartik just leaves the flowers with her.

Naira thinks Kartik has forgotten about her birthday. In the morning, Bhabhi Maa asks Chori to get ready to go to Goenka house for the party. Kirti doesn’t want to take Chori and offers to stay with her.

Naksh thinks Kirti is making excuses and being unreasonable. Later, Naira wakes up and is not able to see the flowers as they have fallen down on the floor. She feels sad as nobody wished her.

She is later surprised by a birthday party from Goenka family members. Naira gets happy but doesn’t want Kartik to get upset. Kartik comes there with a cake and Naira thinks it is his plan.

However, Kartik says he did it for Manish as he wanted a birthday party at the house. At the same time, a man comes with papers of Akshara dance academy for Naira which is bought by Manish for her birthday.