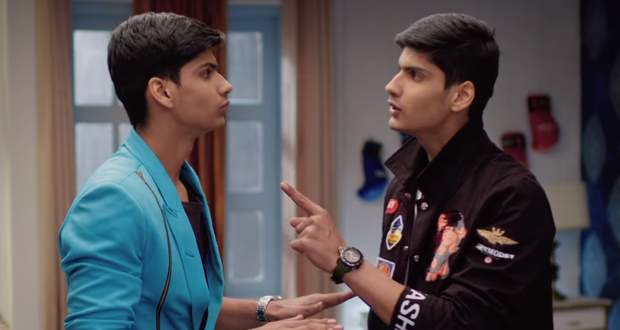 Today's YRKKH 28 Jan episode starts with Luv and Kush’s friends leaving the party. At the same time, Luv and Kush arrive downstairs with Naira and Kartik carrying the beer bottles.

They reveal the truth to the whole family. Also, Kartik reveals that Trisha saw Kairav and Vansh with the bags. Akhilesh gets really angry at them and refuses to listen to them.

Luv and Kush reveal that Kairav and Vansh were given cold drinks in the beer bottles. Akhilesh gives them punishment to not leave the house and cancels their bikes.

Luv gets angry at Trisha for complaining against them. Later, Naira blames herself for not caring for Vansh and Kairav. Later, Luv explains to Kartik that they didn’t bring any drinks.

Kartik shows his trust and wants them to promise that the mistake will not repeat. He also promises that he will talk to Akhilesh for their birthday gift.

Naira is not happy with Kartik’s decision of forgiving them. Kartik wants to give space to them while Naira wants him to not give the bikes.

In the morning, Kartik and Naira wish to leave for the academy along with Trisha. Luv and Kush offer to help in the academy. Later, Trisha again gets in an argument with Luv and Kush.

Luv gets angry at Trisha while Naira overhears his hate words.

Upcoming YRKKH episode update: Naira gets worried about Trisha’s absence in the function.